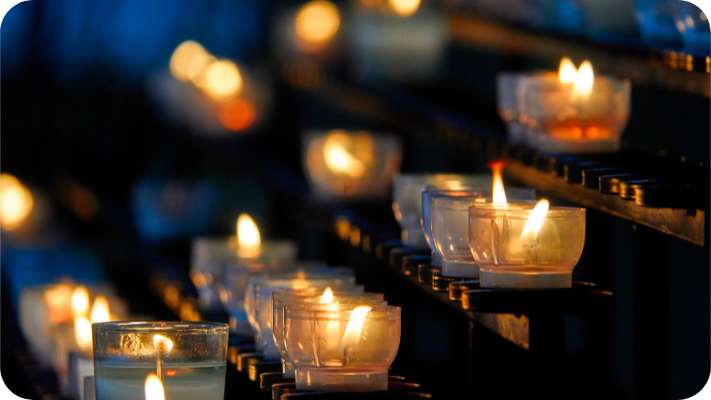 I'll never forget the Sunday morning when my friend Victor was denied Communion. "We don't do intinction," said the woman holding the sacramental wine. Victor had cerebral palsy, was blind and he couldn’t use his hands to drink from the cup, like a typical parishioner might do. Instead, we’d work together, hand in hand, to grasp the wafer and carry it to the cup to lightly dip it into the wine. That’s how Victor received Communion.

But Victor was denied this time. And because I'd helped him receive communion so many times already, I felt like I had been denied too; it felt like rejection. I felt my skin flush bright red with humiliation and, while probably very few people actually saw it, it seemed like all eyes were on us. No one intervened to say, "Hey, this is Victor, and he belongs here."

Belonging in this particular way was important to Victor. Sunday mornings had a predictable rhythm. The assistants (that’s L’Arche’s term for adults without disabilities who choose to enter community life in L’Arche and support adults with intellectual and developmental disabilities, the core members) would wake a little later than usual, make breakfast, and then discuss who would accompany Victor. Often, I was given that privilege.

And it was a privilege, because I took delight in seeing how meaningful church was for Victor, especially communion. I didn’t notice the pattern right away. I was raised in a Baptist church and taught to be suspicious of all things high church, especially Catholicism. Still, eventually I noticed the sequence. Without exception, Victor would sit through most of the service with his head down, almost as if he were sleeping. And then, after the homily when the liturgy would transition towards Communion, the highest and holiest moment of sacramental encounter, Victor would raise not just his head, but also his arm and smile. It was beautiful. Every week, it was the same joy.

His joy taught me to let down my guard and consider there was something sacred going on here. Victor taught me to find appreciation in a religious tradition that wasn’t mine, that I had in fact been taught to consider theologically suspicious. I grew to appreciate religious diversity because of Vic.

The denial of that joy, due to the capricious authority of someone who clearly hadn’t noticed that Victor had been coming to church here for years, made me sensitive to the ways in which people with disabilities too often are denied access to religious expression. This kind of discrimination happens regularly. And the church is the one to miss out.

Every human being is entitled to express their spirituality, belonging to and participating meaningfully in a religious community. I’m grateful to be part of an organization that understands this and takes seriously the importance of a spiritual life.

Tim Moore is the executive director and community leader at L’Arche Atlanta, a non-profit, house-based community that celebrates the gifts of people with and without intellectual disabilities. For more information, please visit their website.