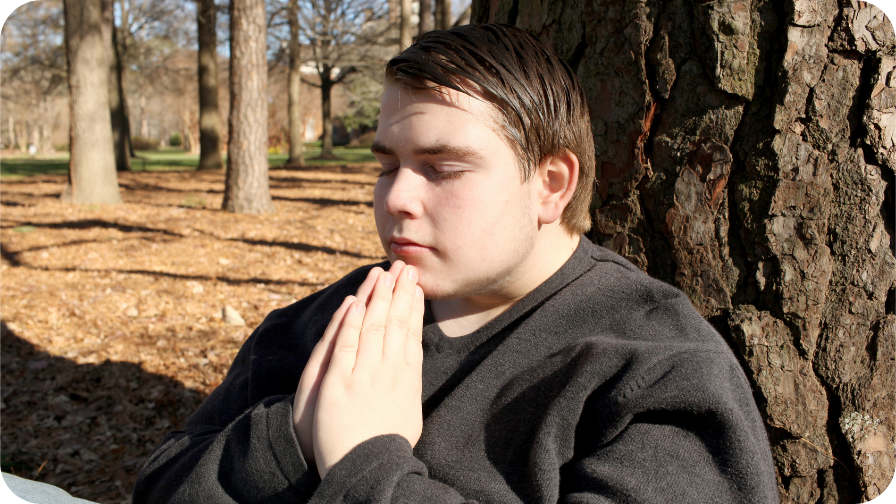 Not long after moving to a new city, my husband and I began searching for a faith community. Each Sunday as we drove by a church, I wondered: “Does this place do autism?”

But as our 10-year-old son Andrew squirmed in the backseat, restless and agitated, I knew I wasn’t ready to find out. I dreaded being the family who arrived late with their kid half-dressed because he refused to wear pants or shoes.

On days like those, my husband and I would exchange a deflated glance and drive to Dairy Queen, where we were sure to avoid a public meltdown. Over time, my hopes of introducing my son to a faith that had shaped my young life melted as quickly as the ice cream cone in the back seat of our car.

My life consisted of schoolwork, therapies, doctor’s appointments, and incentive plans. No matter what I did to ease Andrew’s discomfort, everyday life seemed to overwhelm him. Some nights after the angst of the day faded away, I read Bible stories to Andrew and tried to answer his questions. But my answers never satisfied him. How could I convey the mystery of faith to my literal-thinking son?

Eventually, any desire to search for an inclusive faith community was relegated to a “maybe someday” idea.

Years later, Andrew was invited to a youth group by a classmate. The first night I dropped him off at a neighborhood church and watched him melt into a crowd of his neurotypical peers, I sat in my car and prayed he would be accepted and understood. To my surprise, Andrew went back the next week, and then the next.

He became one of the 28 high school students who packed into the basement of the church office every Wednesday night. Most were too cool to be there, but the games, their friends, and the weekly boxes of donuts were more enticing than the schoolwork waiting for them at home.

Andrew wasn’t interested in donuts or the other kids. Andrew was interested in spending time with Steve — a small group leader with a deep compassion for kids with special needs.

After the weekly lesson, when the other students left for games in the deserted parking lot, Steve and Andrew crawled behind a beat-up corduroy sofa. In this cave-like space, Andrew felt safe. And with this kind and patient father of two adult children, he felt understood.

After Steve read him the story of Exodus from a children’s picture Bible, Andrew said, “Tell me more about the promised land and the part where God fed the Israelites Vanilla Wafers from the sky.”

“It’s called manna,” Steve laughed. “And I agree. I like that part of the story, too.”

When I picked my son up that night, he stood next to a pair of noisy girls posing for selfies. Noise-canceling headphones covered his ears, his hair was a spiky mess, and his clothes were dirty and rumpled from his adventures behind the couch.

“Did you know that God gave Moses magic and that there is a river in Egypt filled with blood?” he asked as he climbed in the car.

“Oh, yeah?” I said, amused by his fanciful interpretation of events.

“Steve says God made land appear in the middle of an ocean so all the people could get away from a bad guy named Pharaoh. We’re going to read that part again next week,” he said with a look of rapture on his face. “God is a pretty cool guy, I think.”

We stopped at Dairy Queen on the way home to celebrate Andrew being accepted and loved for who he is. As we ate our cones in silence, I realized that while I was busy searching for my son's perfect faith environment, God had made a place for him behind a threadbare couch where a kind father was willing to take him on a journey to the promised land.

Andrew is now 28 and living in a supported community. He continues to have a childlike sense of wonder, and he expresses his faith in how he cares for animals, in the way he relates to the caregivers around him, and the stories he holds close to his heart.

Kristin Jarvis Adams is the author of The Chicken Who Saved Us: The Remarkable Story of Andrew and Frightful. Find her on Facebook, Instagram, and at kristinjarvisadams.com.